The Oo in Uluru

This is the story of the oo. An amusing sound for all of you. The Oo in Uluru is a fun Australian-themed phoneme story that teaches young readers about the vowel sound oo and where they can find it in different words. Beautifully illustrated by Janie Frith, the rich colours and vibrant use of multi-media enhance the magical experience of the Red Centre. The book explores many arid environments and introduces children to many of the creatures that live there. This first book from Judith and Janie won a 2019 Book of the Year award from Speech Pathology Australia. Their second book, The Ee in the Deep Blue Sea, published in 2020.

Judith is an English teacher who has taught phonemic awareness to children in Europe, the Middle East, India and China. While researching a masters in phonology, Judith began to use visual language in stories, by colouring the different phonemes, so that children could make a holistic sense of the various spelling patterns. Judith published her first children’s book, The Oo in Uluru, in 2019 and it soon won a Book of the Year award from Speech Pathology Australia. When Judith is not writing children’s stories or plays, she teaches music therapy and meditation. She lives in Melbourne with her family and adorable Australian terriers, Nellie and Dusty. Originally from New Zealand, Janie Frith attended art school and then became an art teacher. In 2006 Janie moved to Australia with her family and now lives in Foster, South Gippsland. Janie holds art classes in her studio, Art Blast. This is where Janie spends most of her time, usually with her naughty border collie Lucy snuggled under her feet. 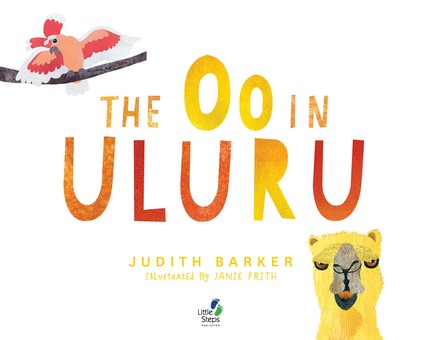