The Only Way Home

One woman, two donkeys and an extraordinary outback journey of healing and renewal

On a warm day in May 2004 Liz Byron set off from Cooktown with her two companions, donkeys Grace and Charley, on a self-imposed challenge to walk 2500 kilometres of the Bicentennial National Trail over 9 months. This epic journey was a rite of passage to mark leaving 40 years of marriage and embarking on life as a single woman at the age of 61. She foresaw that self-reliance, physical stamina and route-finding would be challenges but couldn’t have known how the environment in Queensland was to test her to the limit. Years of drought had left much of her route a dusty wasteland, without food or water for her animals. Years of suffering from childhood abuse and a family tragedy had left her unwilling to ask for help. Walking became a meditation, an exercise in being in the moment even when that moment was 43 degrees or she hadn’t eaten for 7 hours. In her moving memoir, Liz reveals how she healed herself step by step on the way to her new home in northern NSW – by learning to trust her intuition, the wisdom of her animals and the kindness of strangers.

Liz Byron, mother and semi-retired sociolegal researcher, writes from her coastal New South Wales home, having survived several high-risk treks and an abusive childhood. Her love of bushwalking in Australia and trekking the Himalaya prepared her for a 2,500-kilometre trek through rural Queensland with two long-eared companions. Each step on this radical journey of self-discovery helped her make sense of her grief and trauma, including the tragic loss of one of her four children. Liz’s fierce independence was confronted daily as she tackled details of equipment and food ordering, thorny grass seeds and injury, lack of drinking water, and the hilarious will of her two devoted donkeys. The journey meant leaving her rollercoaster marriage, career, family dinners, large library and a comfortable, charming home. Liz’s writing is confronting and visceral in its honesty, as only an award-winning research lawyer would dare.

Chapter Seven THE WAY THROUGH Mutchilba to Innot Hot Springs

Chapter Eight ARE WE THERE YET? Innot Hot Springs to Uramo Station

Chapter Seventeen HERE I AM Gracemere to Wallaby Station

* Australian memoir, written by a true-blue Aussie woman.
* Extremely moving memoir that has most readers in tears.
* Unflinchingly addresses the issues of child abuse, the loss of a child and family trauma.
* Vividly describes the tough lives of outback Queenslanders.
* Perfect present for women and men of all ages.
* In the tradition of books such as Tracks by Robyn Davidson and Eat, Pray, Love by Elizabeth Gillbert.
* Publicity - Womans Weekly Magazine, Australian Traveller Magazine, RM Williams Magazine, Take 5 magazine interview, Interview on ABC Conversations national radio and ABC Illawarra, Body+Soul liftout newspaper story, What’s Up Down Under magazine, The Senior newspaper interview and Country Style magazine review. 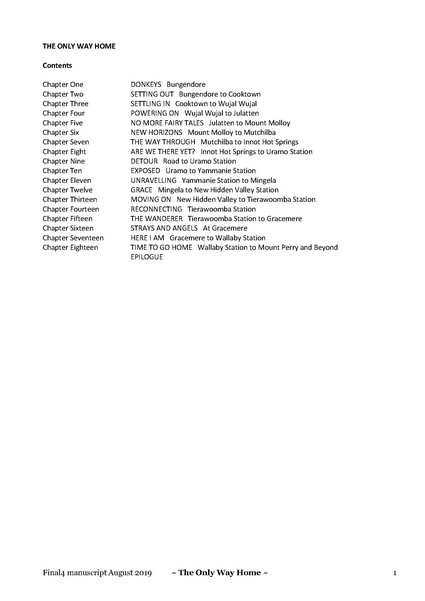 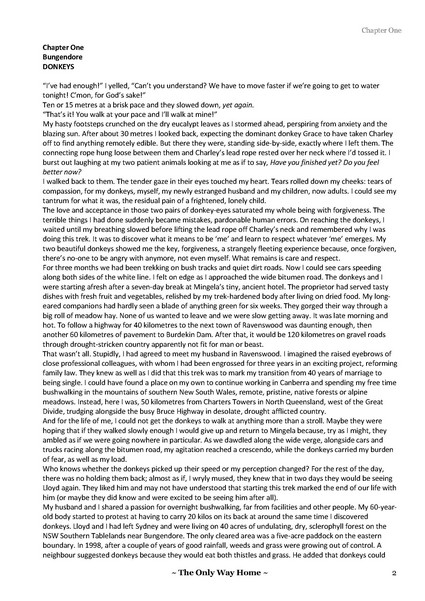 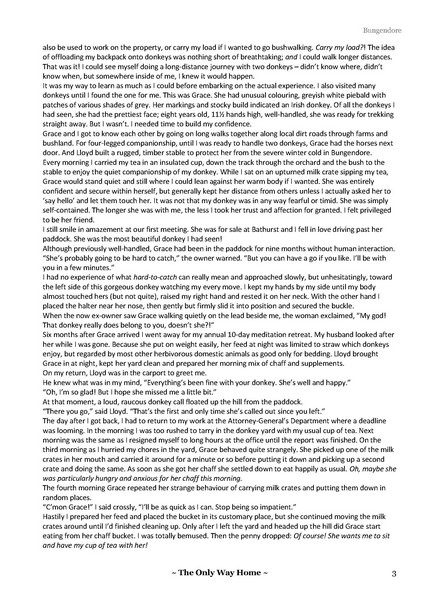 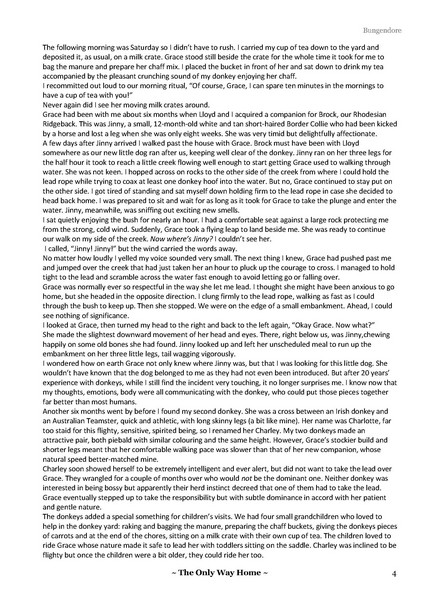 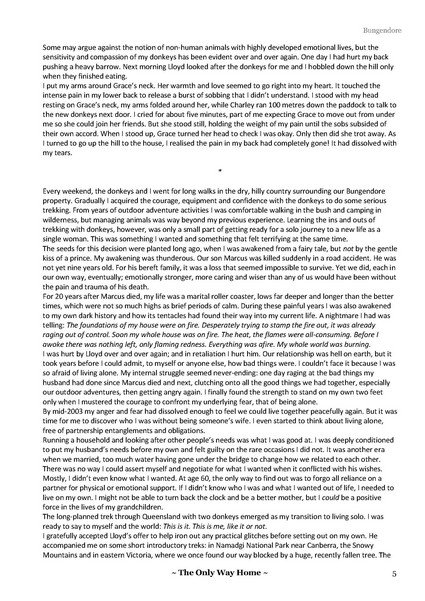 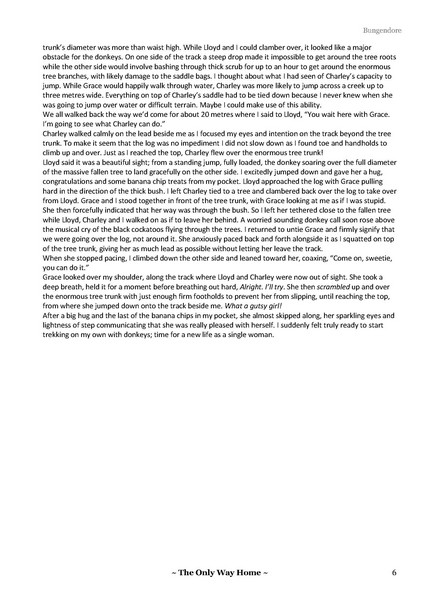